Firstly, just wanted to squee a bit about the fact that I finally got to meet Elodie Glass last week!

We  had a lovely day wandering around Cottonpolis, looking at the canals and the architecture, then spent an hour or so looking at ancient Egyptian aretefacts and the rainforest frogs and reptiles in the vivarium. It’s a bit of a hodge-podge of a museum but Victorian pillaging of other countries will do that to a place. We also spent a lot of time discussing science, academia and mental health and it was so very refreshing to talk to someone who gets it. Much love, Elodie my dear.

On to the other things that have been bubbling in my head regarding the various things I’ve seen on a screen lately.

Continuing with Grey’s Anatomy Season 8, turns out things are not going well for Christina, the woman who had an abortion in the last post. Owen Hunt, after being supportive and accompanying her to her abortion appointment is now being an utter dick about it. Gone is the supportive, caring Owen, replaced by one who screamed at her that she “killed our baby!” He did this at Meredith’s party for Zola in front of all their friends and colleagues. Prick. What a way to go.

They are in marriage counselling but it doesn’t appear to be helpnig. Poor Christina, she did what was best for her and now Owen hates and resents her for it. His argument is that as his wife, she should “at least consider my feelings”. Dude, where exactly do you get off? He seems to think it reasonable that Christina should go through nine months of pregnancy and all that follows, because he would like kids, never mind the cost to her, her sense of self, her career, her body. It’s even worse because Christina is sufferring more because of Owen’s treatrment of her than from the abortion itself. I can’t see how this is going to have a happy ending, and it serves as a warning against getting married at short notice without discussing your hopes and dreams for the future.

Next up is Maleficent.

I’ve read loads of good things about it in the feminist blogosphere but it seems to be I’m the only one who didn’t like it that much? It was good, I suppose, and it left me feeling happy at the end, but it was just a bit bland and twee, I guess. I enjoyed it but it wasn’t earth shattering and I don’t think I’ll watch it again. Don’t ask me what would make it better – I’ve got no idea. People have commented on the script and the lacking character depth and development for the supporting roles, which I suppose might be it? The battles weren’t as exciting as the trailer made them look either. Oh, and I dragged my partner along to see it, so I spend the whole film worrying about how he wasn’t enjoying it much and maybe we should have gone to watch the X-men movie. Which says quite a lot about my feminine socialisation, but we won’t get into that this time round.

Ending on a positive note, and without giving too much away, Orphan Black Episode 9 was brilliant! Donny and Allison just made my heart melt, and Donny is beginning to develop a spine. Go Donny! And, wow Allison is scary. Kiss my Wonder Woman made a comment in a previous post about Orphan Black about how she thought Allison would actually do very well in prison, and yep, she’s ruthless all right. It’s in defense of herself and her family so we can probably forgive her. What am I saying? She doesn’t need forgiving. Well, except for the manslaughter, perhaps. Can’t wait to see how that goes. 😀 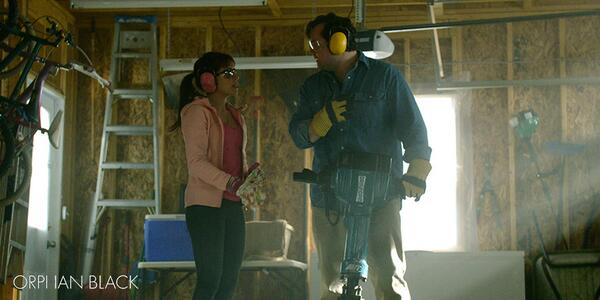 One thought on “Grey’s Anatomy Abortions, Maleficent, and Orphan Black”