So, the other weekend, Squisher and I were having a lie-in, reading the internet on our phones, as you do. I was quietly reading whatever it was in my blog feed when he came out with some assinine comment about women ruining a monumental scientific achievement – landing a robot on a comet – by complaining about a shirt a guy wore to announce it, when that shirt was made by his female* friend as a gift.

I’d seen something about Philae on the google homepage but wasn’t fussed enough to follow it up. I’d seen something else about a sexist shirt being worn by the guy annoucing the robot landing in one of the link roundups I follow but had ignored it on the basis of “whelp, there goes the internet – someone’s been an unthinking sexist douche again, women are rightly pissed off and teh mens are attacking them for having the teremity to stand up for ourselves”. Been round this merry-go-round before, thanks! END_OF_DOCUMENT_TOKEN_TO_BE_REPLACED

I like me some history and I like me some science, and this covers both. The blog is by a group of published female historical fiction writers and they offer lots of stories surrounding their research for their novels. Definitely check it out. 🙂

Content Note: This is a heavy-going post, dealing with child sexual abuse and exploitation amongst other things.

I found myself rather triggered last night a couple of nights ago. There’s a lot of horrible, horrible stuff going on in the internet at the moment, and if you follow women geeks in gaming even slightly, you’ll have heard about it. Suffice it to say that there are a lot of nasty, entitled, invulnerable-feeling, angry men in the world who don’t like it when women rightly critise their toys and ways of operating. And instead of listening and taking it on board, they feel like that segment of the population is out to get them and ruining their fun. Therefore these guys are running a co-ordinated, vicious, harassment crusade in order to get those pesky wimminz to shut the hell up. To the extent of driving them and their families out of home because their home isn’t *safe* any more. It’s awful and I can only imagine what it must feel like. So my heart goes out to those affected but I cannot read any more aboout it. END_OF_DOCUMENT_TOKEN_TO_BE_REPLACED 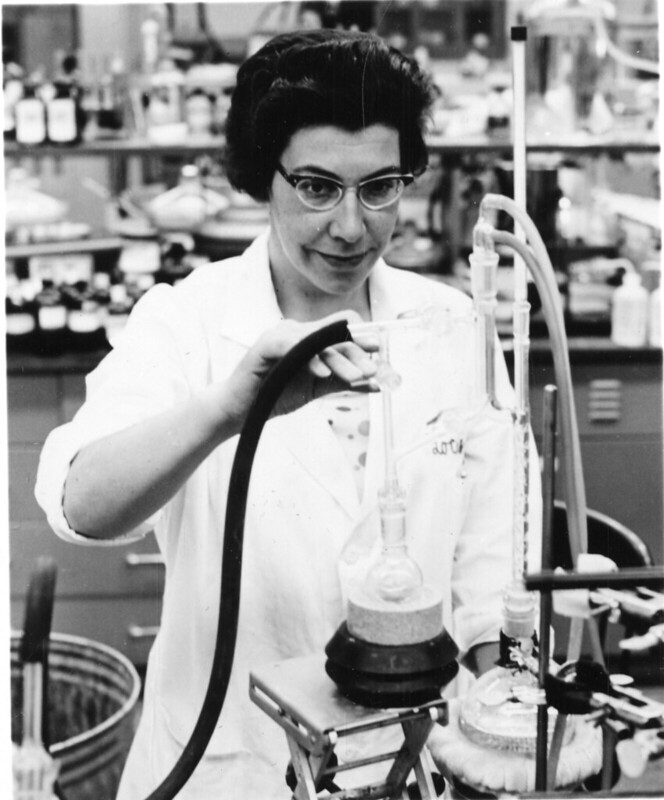 Women in Science, complete with names and subject areas. Lets talk about more of us than just Marie Curie, Ada Lovelace and Rosalind Franklin.

I’ve been working my way through House MD over the last few months or so, mainly to have something vaguely interesting on while I do my really tedious data analysis. I’m finally on Season 6 and watched Episode 14 “9 to 5” yesterday and I loved it. It was great to have a day following Dr Cuddy around, seeing what she gets up to and how she manages to handle everything. During the course of the day she handles a sick baby, an errant boyfriend, a key meeting with a hospital Insurance company, a nurse who’s been stealing drugs from the pharmacy by doctoring the drugs orders, and multiple meetings with the Hospital Board who are counting on her to sort out the Insurance company debacle. She also had to deal with intractable clinic patients, someone attempting to sue the hospital and to top it all off, House’s usual pranks and on-going squabble with Dr Foreman and other members of the surgical team. I won’t tell you what happens but suffice it to say that she absolutely kicked ass in every way. It was fantastic!

She also dealt with a personal moment of career panic when it looked like things were about to go down the pan, and House actually gave her sensible advice, support and encouragement. Colour me shocked, but it was nice to see the caring, not-trying-to-get-in-each-other’s-pants, side of their friendship. It was also nice to see him validate how much the hospital means to her, as a place to work, and for her career and sense-of-self in general. He reminded her that her career as Dean of Medicine was the most important thing in her life and that it was completely okay for that to be the case.

On a side note, what was particularly interesting was how many times Cuddy was called a bitch during her work day, simply for doing the things that needed doing and making the hard decisions that were in the best interests of the hospital. A bloke would not have been called that for being a hard-nosed, astute decision-maker in a position of serious power. Sexism, misogyny and patriarchy et cetera. It worked though, because it felt like an actual point the show creators were trying to make, and it can only be a good thing for them to point to it and say “this is a thing that happens and it sucks”.

So yes, it was great to watch an episode that supported and uplifted career women who also have families, and that was realistic about how tough that can be but was hopeful nonetheless. And you know, Dr Cuddy, because Dr Cuddy. 🙂

In writing the first chapter of my Thesis I decided it would be a good idea to read a few books about how to write a good thesis. A lot of the books cover only the basics – IMRAD structure, how to produce informative clear graphs, how to do a literature review etc. Now I could improve in all these things but none of them were new concepts. Apart from one new idea in one book, “Surviving Your Dissertation” (2nd Ed. Rudeston and Newton) which concerned authorship, Voice and their importance to the writing process.

So what are they and why are they important?

Authorship is the confident ownership of your written words. Voice meanwhile is END_OF_DOCUMENT_TOKEN_TO_BE_REPLACED

“Want to suck my cock like you’re sucking on that lolly?”

“Want to be my girlfriend? Oh you already have a boyfriend. Can I be your special friend then? No, okay, how about I walk you home?”

“Well, look at you in your fishnets”.

That is just some of the street harassment I have received.

Half of those occurred when I was under 16. Including the arse grope. Which is actually sexual assault, not street harassment.

The first time I ever feared for my safety in public was when I was eleven. I was on the bus home from school in my uniform. The guy sat across from me kept winking and smiling at me and beckoning at me with him finger to get me to come and sit next to him. Let me remind you, I was 11 years old. I knew about paedos and “stranger danger” so I got off the bus, praying that he wouldn’t follow me, and pretty much ran home. That was my induction to sexual harassment. It didn’t get any better when I hit puberty and started growing boobs.

The wolf whistles from the builders on my street. The men in their white vans asking me, a kid in school uniform out with my mates in the middle of the day, if I wanted to suck their cock. The guy that tried to corner me in the park when I was fifteen and on my way home in the afternoon, to ask me if I wanted to hook up and “be his special friend”.

That was all before I was sixteen. END_OF_DOCUMENT_TOKEN_TO_BE_REPLACED